The Momentum Scholarship Awards serve as an emotional and financial booster for students who have experienced adversity.  The award recipient’s profiles are inspiring testimonies of overcoming adversity to achieve success in higher education. Click on the Facebook link to read testimonials from the following scholarship recipients.

Visit us on Facebook to read more about our 2017 scholarship recipients.

Martin’s Momentum Award 2012
On Friday, June 1, Ray Jones, 39, was presented the Martin’s Momentum Award by Joe Turner, Manager of Martin’s in Mechanicsville.  The $1000 award is given annually by the VA Higher Education Fund to college students with medical challenges to provide a financial and emotional boost. Sitting in his wheelchair Jones stated, “I am deeply honored and touched to know that a big company like Martin’s cares about me.”

Jones was born with a rare genetic condition, survived a stroke as a baby, and when his legs finally gave out in 1999, lost his ability to walk unaided. “That was the hardest time of my life,” he said.  “I didn’t know how I was going to make it.”  The ever positive and upbeat Jones turned the despair of his physical challenge into motivation to further his education.

A recent graduate of J. Sargeant Reynolds Community College with an Associate Degree in Early Childhood Development, Jones plans to attend VCU in the fall, and earn a bachelor, and perhaps graduate degree, and one day own a child care center.  “I went through so much as a physically challenged child. I just want children to know there’s somebody here for them.”

Jones’ road, as you might expect, has not been easy.  In fact it has been downright difficult.  He’s convinced his methylmalonic acidemia, a disorder in which the body cannot break down certain proteins and fats and allows the buildup of methylmalonic acid in the blood, led to his stroke at 13 months, which led to his physical impairments.  But inspite of his many challenges he has maintained a happy outlook.

“I want to make a difference, and I thank Martin’s for making a difference in my life,” said Jones after receiving a plaque engraved with the Martin’s  “living here, giving here” logo. 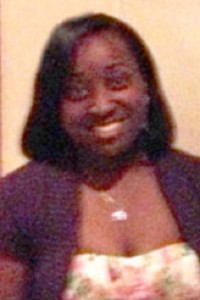 Martin’s Momentum Award 2013
When they were little, Bridgette Booker and her sister had to watch out for each other as they coped with family and financial problems and made their way through the foster care system.

In 2008, only 3 percent of foster youth in Virginia graduated from college, a result of their less-than-ideal circumstances. Five years later, that statistic has improved dramatically, thanks in no small part to the efforts of the Great Expectations Program.

Great Expectations is the brainchild of Dr. Glenn Dubois, Chancellor of the Virginia Community College System, and Ann Holton, wife of Tim Kaine and former First Lady of Virginia. Since its founding in 2008, Great Expectations has grown by leaps and bounds, with more than 500 students enrolled in the program in 2012 compared to 84 in its first year. So far, more than 1,000 foster youth have been enrolled in Great Expectations, of those, about 100 have already graduated from college.

“We help students navigate their way through the college system with academic advising, housing issues and by serving as a liaison between social services and the college,” Hampton said.

Among the many beneficiaries of Great Expectations is Booker, a recent graduate of J. Sargeant Reynolds who has just finished her first semester at VCU. Recently, Booker received some significant help in paying her way through college by winning the Momentum Award, a new scholarship that assists an alumnus of the Great Expectations Program entering a four-year college or university.

“[The Momentum Award] is an opportunity to open doors. For someone who is a former at-risk student or foster youth losing “momentum”, it’s an opportunity for stronger momentum in life,” Hampton said.

Booker officially received the $1,000 scholarship at the Virginia Higher Education Fund’s Jazz Inside Out Event, held on May 24, at the Boathouse at Rocketts Landing. The event, sponsored by Martin’s, featured a silent auction and jazz music from J. Tucker and the Crewe Band as well as violinist Eric Stanley.

For Booker, the event was the culmination of a long and difficult journey that started with her time in foster care. “The social workers were very supportive, and I was fortunate enough to be placed in a home with all the needs I wanted. My mother taught us everything, and then adopted us at the age of 14,” Booker said about her time in the foster system.

Prior to entering the Great Expectations Program, Booker attended Henrico High School. During her four years as a Warrior, Booker said that she mostly kept to herself.

“I was pretty shy and just stayed into my studies,” she said. “Over time, everyone got to know me, and the teachers respected me for what I wanted to do in life.”

By the time she graduated from Henrico High in 2008, Booker had also won the admiration of principals and administrators alike.

Next came her time at J. Sargeant Reynolds, which at first was quite difficult.

“I had financial issues. I felt like I was pinned up against the wall.” Booker said.

Then, someone pointed Booker in the direction of Hampton and the Great Expectations program. That is when things started to turn around for her.

“I went to [Mrs. Hampton] a lot to talk about issues I was having. She also helped me a lot with transportation to and from school. During times when I wanted to drop out of classes, she motivated me,” Booker said.

As a result of her hard work and help from Hampton, Booker ended up on the Dean’s List at J. Sergeant Reynolds. However, after that, “I slacked off a little bit and had some family issues. Once
I was able to realize that school was a higher priority, I got back on the right track,” Booker said.

Booker transferred from J. Sergeant Reynolds in December of 2012 and enrolled at VCU shortly thereafter, starting undergraduate classes this past January.

“My first semester [at VCU] was a real eye-opener,” Booker said. “My sister works in their undergraduate admissions office, so I thought I knew everything about VCU. Once I got there, I had financial problems, and I couldn’t get the classes I wanted. However, I also made some new friends and the people in my classes were very nice.”

Booker ended her first semester at VCU with a 3.4 GPA, and she continues to work toward a degree in biology. With her education, she plans to pursue a career in one of two fields.

“Most of my life, I wanted to be a dentist, but now I’m looking more towards biomedical research. There are various illnesses and diseases that need a cure, and I want to be able to find that cure,” Booker said.